What's on your mind?

yes
no
what is this

The administration of the Harry Potter Fanon Wiki discourages usage of the Discussions, as this platform is badly integrated with Wikia itself. Instead, if you wish to ask questions, contact any admin, or simply become part of the community, join our Discord server instead.

Hey guys ! Good afternoon, Is it normal that in Individual Infobox I do not see "Theme"? Thanks for the help !

I'm trying to update my character pages with the lovely new character infobox, but I can't seem to get the signature image to work. I've used the syntax: filename.jpg, and I tried the old syntax: [File:filename.jpg], but neither seems to work. What am I doing wrong?

I'm new, I would like to make some characters but their not part of fanfiction stories. Some fanon wiki's allow this like Naruto fanon. An example would be Carina Black daughter of Sirius Black

I am wondering if the category "Canadian people" would be better organized as a sub-category of "Individuals by nationality" as that is where individuals of other nationalities seem to be housed.

I was wondering why all of my pages were deleted. Including Anna Malfoy, Delilah Dursley and a few others and I thought perhaps I'd done something wrong? If any of the administrators could contact me about this, that would be great. I put a lot of work into my pages and I was hoping to get them back...

It's that time again. Bring out your candidates, for once again, I have none.

So, the time has come once again for us to select a new featured article.

I'm afraid however, that I come empty handed to the suggestion table. Does any of you have a viable candidate for review?

I know the re-vamping of the categories is on the horizon; one thing to consider is the issue of alphabetizing pages within the categories. I notice that stories and individuals tend to be listed by first letter of first word or name on the category pages.

Should we be using typical indexing conventions, i.e., last name first, ignoring articles like a, an, and the?

1 - What's your opinion regarding the new changes in the wiki's layout (the new theme and the main page as well)? Remember that many stuff has been cannibalized.

2 - I'm thinking about officially implanting Discord as a supported Chat system of our wiki. The JavaScript implementation has been done, and I've already created a server which has been tested by both myself and HarryPotterRules1.

3 - I've been creating several new policies, basing them on those of Wookiepedia, and not just those I showed on the previous thread. What's your thoughts about them?

Sure, the aesthetic looks wiki looks rather decent (for the standards of a fanon wiki) to the combined efforts of Sharky and myself, but the same cannot be said for the rest.

In a month, I deleted over six thousand pages from the wiki, reducing the counter to below two thousand, and even that was not enough and caused a bit of controversy here. This work of mine led to the resignation of SharkyBytesz from the administration, an unfortunate event considering his contributions during his short tenure.

SoundersSecretKeeper is mostly inactive, basically leaving me as the de facto "owner" (and I use this word loosely of the HP Fanon wiki, having power over the selection of both members of the bureaucracy and the administration, and the removal of the status from the latter. This means that we are practically reduced to three people, and while the number seems adequate for a wiki of this size, I feel the opposite. We need more administrators. And not just administrators. We also need more contributors for the wiki. As someone I know would say, the "beast must be fed". Therefore, if someone has suggestions regarding how to promote the wiki, speak up.

Next, comes the talk about the categories. Possibly the most terrible and unorganized part of the wiki. Many are duplicate categories, others are empty, and others are useless in the grand scale. In this, we should simply emulate the "mother wiki", that being the Harry Potter Wiki, and others which have a good level of respect regarding their structure, such as Wookiepedia and Wikipedia itself. They may have some confusing parts, but we can simply cannibalize the best.

Now, comes the talk about the policies and the very administration. I am a very... authoritarian individual (especially for my age), and that does reflect on how I do things here on the wiki. From my point of view, while people are supposed to have a free environment here, allowing for creativity, I feel that too much freedom leads to... well, to articles such as "Caitlin Malfoy" and the likes of it (this is of course, ignoring jewels such as Graficdubs, as HarryPotterRules1 might remember) appearing on the wiki.

It also leads to unwanted editions on articles of other editors, as it happened several times since the wiki was created by... an unidentified individual (likely Lemniwinks). In other words, vandalism.

This might be an unpopular point of view, but I feel that in communities like this, policies must be strict enough to root out the "weakest links", allowing the competent and the best to remain as our community grows and evolves. If someone can't follow a simple policy and adhere to a standard of quality, then why should they be allowed to remain as part of the HP Fanon Wiki community?

I'll be honest. I have an immense dislike of using the present when writing certain in-universe articles such as character pages (deities and the like do not count, as those continue to exist within the story universe even after the events of the storyline end), events, and things of the sort. So when I see someone using the present and not the past tense , I feel utterly annoyed due to my experience with other wikis and their articles.

Well, right now, my "rant fuel" is almost ending, so I should end this right here and be as blunt as possible:

1- I want to re-write the policies of the wiki and establish a permanent system which everyone must obey, similar to what happens in major wikis.

2- As we need other sysops, I suggest the promotion of Squibstress, a fan-fiction writer and editor of the wiki, to the rank.

3- As I mentioned before, we need to promote the wiki. How should this be done without seeming like we're begging?

Are the admins planning to do any cleanup or culling of the categories? There appear to be more than 2000 category pages, many of which have only one member. Perhaps there should be some kind of guideline for creating category pages?

It's nearly June, so I believe it is time to place on the table the candidates for the next featured article of the HP Fanon Wiki. As before, you are allowed to submit your own articles, but you cannot vote for them.

As such, I would like to place my "Anipheon IX (DM)" article for nomination.

I think I've finished drafting the new fan-fiction policy. If any of you has any suggestions regarding things to add or alter, do speak up. 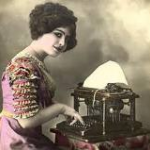 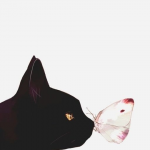